What our customers say about us

A successful car repair is only the beginning for us. Pride in every job we do is what makes us stand out as a mechanic in Mornington. Whether it is a Minor Service on the family run about or or tune up on a 1963 Chevrolet, we aim to be exceptional in what we do.

Of course, it’s very easy for us to talk about how good we are, when we love what do so much. But how about what our customer have to say?

Below are just a few testimonials from our customers;

Just had my Mustangs power steering rebuilt and half a dozen items repaired. Everything perfect and that’s why I always use Brad, knows his stuff, well priced and always does a great job.

Would recommend him unreservedly.

Thanks so much to the team at Blue Peter Motors! My Ranger was extremely over due for a service and was running so badly!
The guys fixed her up and now she is running like a dream!

I just couldn’t be happier with the service, price and professionalism.

Thanks so much again!!!

I took my Volkswagen Amarok to Brad at Blue Peter Motors for a routine service. He advised me that he had found a fault in a specific part in my car and that I should take it too Volkswagen Bayside to have it replace under warranty. I took his advice and booked my car in to VW Bayside.

Post inspection they told me that they could not find any fault. A week later my engine light came on so I returned my car to VW for them to re-run their testing. And of course, this time they found the same fault Brad had identified.

I had to then re-book my car in for the repair process and arrange a loan car. I found it astounding that VW initially couldn’t locate the fault that Brad had identified when they work in these cars everyday.

I have so much trust in Brad and his team at Blue Peter Motors that, if my car hadn’t of been still in warranty I would 100% have got Brad to do the entire repair as I know his work is of the highest standard and his professional is beyond compare.

I would and have recommended Blue Peter Motors to all my friends and family. 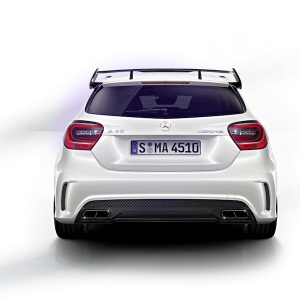